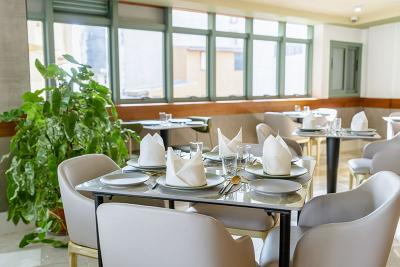 The archipelago of the Maldives is studded with 27 natural atolls and a total of 1,190 coral islands, of which 201 islands are inhabited by local people. Each island is surrounded by a shallow lagoon, enclosed by a coral reef which safeguards the island from the hazards caused by a rough, turbulent sea. Hundreds of these islands with other coral growth collectively form an atoll. Almost all islands are flat with no hills or mountains and freshwater ponds are found only on the few larger islands.

Male is the hub of Male Atoll (2,430 sq mi), comprising of the old North and South Male Atolls. In this chain, stretching for over 62 miles from north to south, only ten islands apart from the capital are inhabited.

Some of the islands are used for specific purposes. Funadhoo, for example, is set aside for oil tank workers while those of Thulusdhoo and Dhiffushi are primarily fishing islands. Kuda Bandos on the other hand offers a beautiful beach and a lagoon apart from luxuriant vegetation.

To the west of Male Atoll stretches Alifu or Ari Atoll (831.25 sq mi). In the north, the large island of Thoddu is where one can see the remains of a Buddhist temple. In 1958 a huge statue of Buddha was found hidden in a chamber along with a chest containing a silver bowl, a small gold cylinder, and two coins, one of them of Roman mintage dating way back to 90 BC. One should also not miss out on the cultural centre in the island of Dhangethi, depicting a fascinating history and culture of a unique nation.

South of Alifu Atoll is Faafu Atoll (242.9 sq mi). In the southern island of Nilandhoo is the Aasaari Miskiiy, the second oldest mosque in the Maldives. It is a magnificent structure of well-cut stone with ornamental wooden scrollwork decorating its interiors. The island's other attractions include a vast Hindu temple complex with many phallic sculptures which was unearthed by the Norwegian anthropologist Thor Heyerdahl and ornate friezes of pre-Islamic Buddhist temples.

Isdhoo is an island situated in Laamu Atoll (446.13 sq mi) located in the south of the central chain of islands. The major attraction here is the Friday Mosque, which is over three centuries old. The mosque's lacquered supports, flowing calligraphy, and finely carved rafters reflect the kind of craftmanship that once flourished in such remote islands in the Indian Ocean. Today though much of the interior has fallen prey to decay. Gadhdhoo is another island of this atoll. Just 80,000 sq mts in area, it has one of the most impressive of ruins to be found anywhere in the Maldives. From the forest cover rises the remnants of a once enormous stupa, the Vadiyaamagu hawitta. In its heyday, the huge white limestone pyramid, glistening in the sun and standing against a backdrop of lush green vegetation must have made an imposing sight.

Lying south of Laamu Atoll across the One and Half Degree Channel is Huvadhu Atoll (6,486 sq mi), the largest true atoll formation in the world with a lagoon area spanning 864.6 sq miles.

Gnaviyani Atoll (4.81 sq mi) is unique in the sense that it is formed by a single island, that of Fua Mulaku. The island which has captivated generations of travellers with its raw beauty, is one of the most fertile in the Maldives, producing a variety of tropical fruit. Fua Mulaku's main draw is the Kedeyre Mosque. Built by the beach, the mosque and its adjoining bath are examples of adroit workmanship. The immaculately-kept mosque is also surrounded by beautifully carved tombstones. The remains of other interesting architectural works like a hawitta, or a mound, of what was once a Buddhist stupa, establishes the fact that the island was inhabited for thousands of years. A few hundred metres from the hawitta is another attraction, the Dhiguvanu Mosque.

Meedhoo, an island located in the southernmost atoll of Seenu (84 sq mi), which is one of the rarest naturally protected atolls in the Maldivian archipelago, is where important personages have been entombed in the Koaganu cemetery.

Apart from these little-known islands, there are over 100 resort islands, spread across the island chain enticing tourists with their sun-kissed beaches and tranquil lagoons, the turquoise-blue waters studded with pristine corals, and the swaying Dhivehi ruhs or coconut palms, splashing rich hues of jade, azure, turquoise, and sapphire - shades so quintessentially tropical.

Maldives at a glance 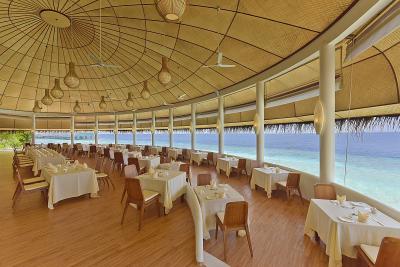 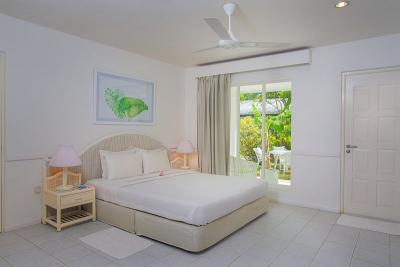 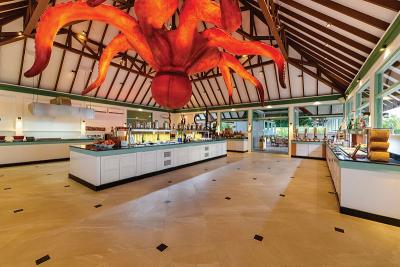 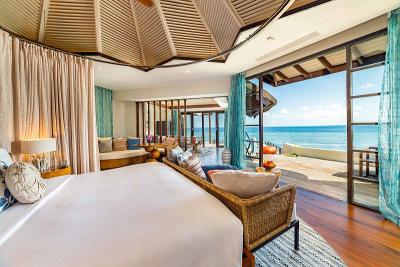