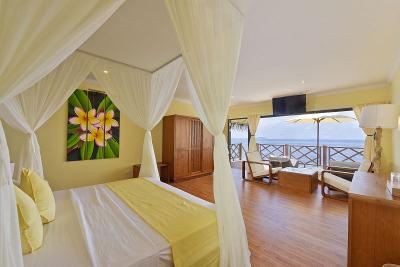 SEASON: November through April being the peak season, reservations for stay must be made well in advance. From May to October the demand and costs for accommodation are comparatively lower. In June and July, the Maldives experiences regular showers with monsoons bringing in more wind and rain.

PEOPLE: People from different parts of the world came across this island nation as it lay in the sea routes to Malacca and China. Speculations indicate that the earliest settlers could have been Dravidians from southern India and the Yakka and Naga people from Sri Lanka. Aryans from the Indus Valley probably followed them. But with the coming of the Arabs, the influence of Islam gradually replaced Hinduism and Buddhism practiced by the early settlers. Being on the main seaway around the Indian subcontinent, the islands have long been a meeting point for Arab, African, Malay, and Indonesian mariners. The faces that we see today reflect all these influences contributing to a racial and cultural melting pot.

SOCIAL CUSTOMS: Handshaking is the most common form of greeting. Dress is informal. Light cotton clothes are recommended. Nudity is forbidden. Swimsuits and beachwear are to be confined to resort islands. When visiting an inhabited island or the capital, shorts and T-shirts for men, and blouse or T-shirts with skirts or shorts that cover the thighs, made of non-diaphanous material, for women, are a minimum requirement. Maldivians traditionally eat with their fingers. It is also considered unhygienic to touch food with the left hand. Use a spoon, if in doubt.

In the early days cowry shells were used instead of money. Coins, minted in silver, were introduced for the first time in the late 16th century under the rule of Sultan Al-Ghazee Mohammed Thakurufaanu. The present currency was introduced on October 7, 1983.

There are no restrictions on import or export of currencies. Major foreign currencies are converted to Rufiyaa at banks, resort islands, hotels and prominent shops.

CUSTOMS REGULATIONS: It is prohibited by law to import the following items into the Maldives: Alcoholic beverages; pornographic literature or pictures; narcotics; firearms; idols of worship; dogs; live pigs, pork or any porcine product; dangerous animals and exobiological material; dangerous chemicals; fog signals and fireworks; and spear/dart guns. With the government imposing a ban on the killing of turtles, export of tortoise shell and coral is forbidden.

SHOPPING: Male is the ideal place for shopping considering the choice of items available. With minimum duty on most of the items, prices in Male have become competitive. Best buys include handicrafts like reed mats and lacquered wooden boxes, electronic items and souvenirs like coral rings and sea shells. Goods ranging from hi-fi stereo systems and cameras to watches and cosmetics can be purchased from well-stocked duty free shops at the Departure Terminal of Male International Airport. In the capital, the STO Trade Centre with its many shops is one place where you can find a variety of items. Shops pull down their shutters for about 10 to 15 minutes, five times every day, for prayers. Most shops on resort islands are open throughout the day and close at dusk. Maldives is a very safe place to be in for tourists.

Ooredoo is the latest company to join the telecom sector in the Maldives, providing cell phone services.

LANGUAGE: The language of the Maldives is Dhivehi, an Indo-Aryan language with influences of Sinhala, Arabic, Hindi, and Bengali. It is written from right to left in Thaana, a script unique to the Maldives.

Over the years however Dhivehi medium syllabuses have gradually made way to English medium teaching. English is therefore understood and widely used by the locals.

NEWSPAPERS: Aafathis, Haveeru, and Miadhu are the major daily newspapers, in Dhivehi. All three also have pages in English.

Maldives at a glance 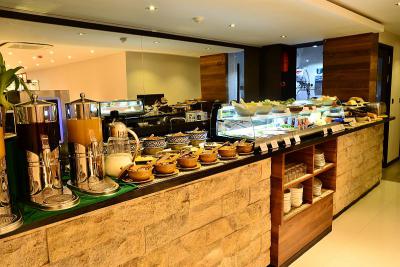 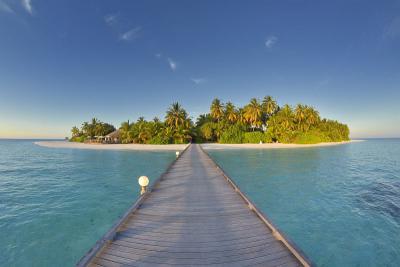 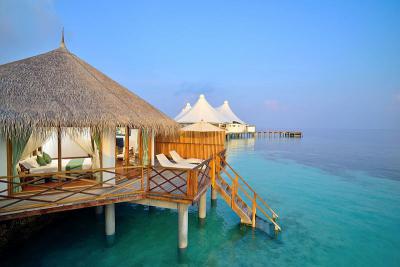 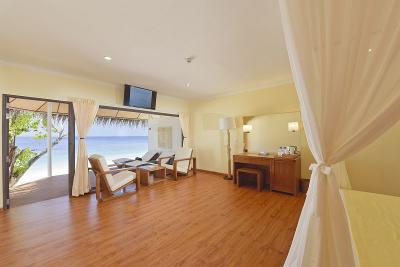